Fine Gael TD for Meath West and Minister of State, Damien English has dismissed attempts by Fianna Fáil leader, Micheál Martin to credit Fianna Fáil with the economic recovery. Speaking on national radio this morning, Deputy Martin said that the bailout deal negotiated by Fianna Fáil was the reason our economy is now recovering.

“Given the hardship that Fianna Fáil imposed on the Irish people, it is in poor taste for its leader to claim credit for our economic recovery. Ordinary people listening to Deputy Martin this morning will have been infuriated by his desperate attempts to make a virtue of his Party’s role in Ireland’s economic collapse.

“Let me be clear, the economy is not recovering because of the bailout deal which Fianna Fáil negotiated after it had ruined our economy.

“It recovered because of the hard work of the Irish people and because of sensible economic policies conceived and implemented by this Government.

“Our economy is recovering because 135,000 jobs have been created in the last four years. This has been made possible because of sensible measures like the reduction of VAT in the hospitality industry and the abolition of the travel tax.

“The restoration of our international reputation which Enda Kenny and Michael Noonan worked so hard to achieve has been crucial in helping to attract tens of thousands of FDI jobs and the negotiation of the promissory note deal which has been instrumental in reducing the debt burden of the State.

“The tax and USC reductions contained in the last two budgets have been made possible because of our improved economic situation and are facilitating employers to make more jobs available.

“These are the reasons our economy is recovering and people are facing the future with more hope. Micheál Martin’s efforts to underplay the role of this Government in our recovery lacks any credibility.

“We are seeing economic progress, with over 135,000 more people at work, but we cannot take for granted that stability and recovery will continue. We cannot go back to the same old Fianna Fáil who wrecked the economy, have learned nothing from the past and are still the high tax, high spend party.”

Five years on from the introduction of the USC by Fianna Fáil, Fine Gael is on course to abolish the punitive tax according to Fine Gael TD for Meath West and Minister for Skills, Research and Innovation, Damien English

“Five years ago the country was at its lowest ebb. The IMF had taken over the running of our economy. For those left in employment, Fianna Fáil introduced the Universal Social Charge which saw people’s take home pay severely reduced.

“Five years on Fianna Fáil has shown that when push comes to shove, it has no intention of reducing the impact of the USC on taxpayers. In the recent alternative budget presented by Fianna Fáil it refused to drop the main rate of USC on hard pressed low and middle income earners. They also voted to oppose cuts to the USC introduced by the Government in the last two budgets. In doing so they have reinforced their reputation as the high tax/high spend party.

“This Government has reduced the rate of USC on low and middle income earners and we will get rid of it over the lifetime of the next government, providing that our finances allow for it. We are committed to abolishing the USC because we implicitly understand that the sustainable reduction of our high taxes is good for our economy. Lower taxes support jobs and high taxes kill jobs. That’s a fact. Fianna Fáil doesn’t know where to start when it comes to job creation as evidenced by their lack of a jobs policy.

“In January, taxpayers will see a reduction in their USC for the second consecutive year. We have consciously reduced the tax burden because people in this country pay too much tax.

“Five years on from the introduction of the USC we are seeing economic progress, with over 135,000 more people at work, but we cannot take for granted that stability and recovery will continue.

“The next election will be about who can be trusted to keep the recovery going, based on stability and progress as opposed to instability and chaos. We cannot go back to the same old Fianna Fáil who wrecked the economy, have learned nothing from the past and still has no plan to create jobs or ensure our economic recovery.” 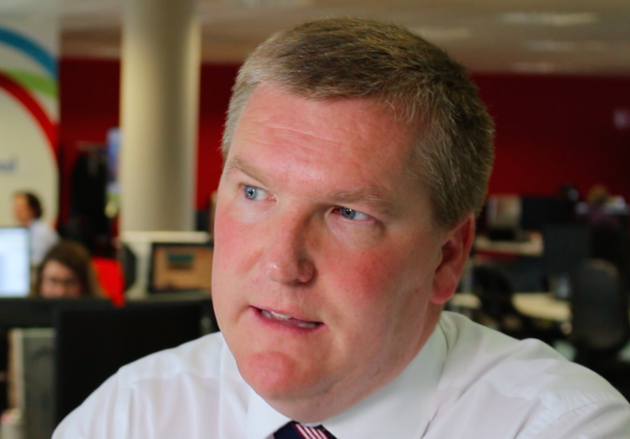 Fianna Fáil is guilty of the worst type of political revisionism according to Fine Gael TD for Meath West, Minister Damien English. Minister English was speaking after Fianna Fáil today tried to claim credit for the Irish economic recovery. Fianna Fáil TD Micheal McGrath today claimed that the economic recovery now underway is due to Brian Lenihan’s economic plan which ‘is now working’.

“It’s a bit of a sick joke that Fianna Fail is now trying to claim credit for Ireland’s economic recovery. I doubt those whose lives turned upside down when Fianna Fáil’s property fuelled economy collapsed will see the funny side.

“Let me be very clear, the 125,000 jobs that have been created since this Government launched the Action Plan for jobs in 2012 is by a distance the most significant factor behind our economic recovery. Is Fianna Fáil now trying to take credit for these jobs?

“And as for the notion that this Government implemented Fianna Fáil’s plan, let’s look at the facts:
80% of the taxes introduced by Fianna Fáil were taxes on work. We rejected that approach and set about incentivising work from the start. One of the first acts of this Government was to reverse the €1 cut it made on the minimum wage. We have removed 410,000 from Fianna Fail’s USC tax and reduced its impact on those paying it. Next week’s Budget will, I believe, further diminish its impact on Irish workers.

“Thanks to the Irish people, the country is moving in the right direction but the future stability cannot be taken for granted.

“People are not fools. Fianna Fáil should have more respect for their intelligence than to try and rewrite history on a topic which is still a sore point with the Irish people.”