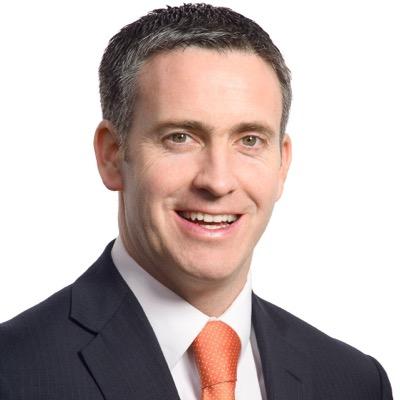 Minister Damien English TD has warned that the real contribution of Independents in the forthcoming election could be instability.

“A vote for an independent candidate could contribute to political instability at a time when our country needs certainty and continuity. As pointed out by the Taoiseach, Independents in government are like a three legged stool that wobbles every week.

“Various Independent groupings are jockeying for inclusion in government and at the Cabinet table. But they each come with their own shopping lists and ‘individual’ approach to doing business.

“Shane Ross’ Independent Alliance wants to accept ministerial posts but not attend cabinet meetings. This failure to take collective responsibility as members of government would not only be a recipe for chaos, but it is also unconstitutional.

“As we approach the election, it’s not enough to shout from the rooftops, we need more than that. If they are asking people to vote for them, people deserve to know what they propose doing if elected. I challenge the Independents and newer political alignments to come up with credible, practical solutions to Ireland’s problems.

“In the run up to the last election Fine Gael proposed a clear policy platform — to help fix the public finances and get Ireland working again. We are indisputably delivering on that. Ahead of the election, we are asking people to stay with us so as to ensure Ireland’s recovery and continuing economic stability.

“Yesterday, we got another strong indicator of how Fine Gael’s approach in government has brought about stability and certainty when the international ratings agency Fitch announced that it was changing Ireland’s rating from A- to A, with a stable outlook. It also projected strong economic growth and steady improvements in our public finances. And, in a week in which our unemployment rate fell to 8.6 per cent, the agency also cited a strong projection for further employment growth.

“Fine Gael’s track record on the economy is that we have delivered stability, growth and certainty. We absolutely will keep the recovery going. Why risk our stability by giving your vote to an Independent?”

Fine Gael TD for Meath West and Minister Damien English, has highlighted the political incompatibility of newer political groupings and called on them and other Independents to start offering solutions, instead of simply pointing out problems.

“Many Independents are very good at pointing out problems. As we approach the election, it’s time to ask them to start offering practical solutions. It’s also time to hold a light to some of the newer political groupings and look at where their policies or lack of policies would leave the country.

“For example, Shane Ross’ Independent Alliance stands for nothing and cannot offer consistent, coherent policies. Deputy Ross has said that he wants the corporation tax to be lowered while his fellow candidate, Carol Hunt announced on RTE recently that she wants to increase it. The Independent Alliance try and make a virtue of their disharmony by saying that they welcome diverse views. However, when you get down to brass tacks, if you intend having a role in government decisions you must have agreed positions on key policy areas, such as Corporation Tax. The Independent Alliance don’t and this is a recipe for chaos.

“Strong job creation is funding tax cuts for people working and more revenue to provide better services. This is at the core of Fine Gael’s plan to keep the recovery going. The Social Democrats want to put this at risk by introducing a high tax ‘Nordic Model’ of social democracy in Ireland. What they do not say is that such a model would mean much higher levels of taxation. In Denmark where the Nordic model is favoured, an average income earner (€35,000 approx) in Denmark pays more than double the tax of the average earner in Ireland.

“As we approach the election, it’s not enough to shout from the rooftops. I challenge the Independents and newer political alignments to come up with credible, practical solutions to Ireland’s problems. Voters deserve to know what their vote is going to deliver. And we certainly don’t need the chaos and crises that would surely happen with those on the left and the Independents who are a hodgepodge of constantly changing people and positions.

“People know exactly what they will get with Fine Gael. We have a long term plan to keep the recovery going which will deliver more new jobs, spread right across the country which will pay more than welfare; and affordable, sustainable improvements in services.