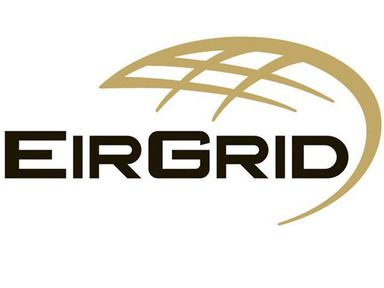 Please see below my full statement to the Meath Chronicle this week on Eirgrid:

“The North South Interconnector is a contentious issue. There has been much local concern surrounding the use of pylons in areas like Kilmessan, Bective, Dunderry and my own parish of Bohermeen.

In opposition or Government, I have maintained that the winning of the undergrounding argument is to prove it is the best use, and long-term value, of taxpayer’s money to do so.

Since Fianna Fáil gave the green light to the North South Interconnector in 2007 I questioned the cost of undergrounding that Eirgrid put forward, and the assertion it has to be done solely with pylons.

Both the technology available and the costs associated with that technology have changed and improved over the years. These changes have demanded further study. As a result, Minister Denis Naughten agreed to commission an independent study to examine the technical feasibility and cost of undergrounding the North South Interconnector.

This is due out in the near future. I hope it provides the evidence that undergrounding is both a technically feasible and cost-effective option for the North South Interconnector.

Some in Fianna Fáil and Sinn Féin have put forward a simplistic view that the project can be undergrounded at the whim of the Government. If this is the case, why then did Fianna Fáil sanction the use of pylons in the first place for the North South Interconnector and hold this view for years in Government? Why did Sinn Féin, a party in a power sharing Government for the first ten years of this project fail to stop the use of pylons for the Northern Ireland section of this project?

Coming from Bohermeen I am biased against the use of pylons. But this will not win the argument to put them underground. Evidence and facts will win the case. A reasonable person would accept we should do all we can to avoid the use of pylons if possible. That is my job as a local TD; to do all I can to avoid using them. I will continue in my work to prove we can avoid their use”

An important part of my work as a local T.D. for Meath West, and as a Minister, is to engage with our local media on topical issues.  Today I debated with Senator Thomas Byrne on LMFM’s popular Loosetalk with Michael Reade programme about Pylons.

You can listen in via the link below…

Firstly, I recognise and support the need for the National Electricity Grid to be upgraded and expanded to international best standards as soon as is possible.

I am aware of the public concern surrounding the extensive use of pylons in the roll out of any new grid infrastructure.  As a result some National Grid projects are being seriously delayed by legitimate public objection and concern; including concerns relating to health, tourism and tourism related business, devaluation of property, impact on the natural landscape, heritage & farming activity.

For this reason I will continue to take the policy debate around the construction of high voltage power transmission very seriously; I have put a lot of time and work into understanding the challenges and potential solutions that may exist through new technology and new approaches for the undergrounding of power lines.

I object to the proposal as it stands as I believe that the alternative methods of power transmission by underground cables (UGC’s) have not been fully investigated.

Overhead lines have many perceived negative effects therefore there is a duty to fully investigate the use of all the alternatives & where possible to use these alternatives to protect our communities from such negative effects.  Also there is the need to ensure that exchequer funds will not be wasted.  Reports have shown that although UGC’s may cost more in the short term, over the long term it is my view that they can be more cost effective.

It is my belief that EirGrid have not fulfilled to fully investigate the undergrounding of this project, the reason being that EirGrid started this project with the intention to use overhead power lines (OHL’s).

Therefore I am convinced that EirGrid entered into this project with the preconception that it would be done with OHL’s without fully investigating the option of using UGC’s.  The well documented failings of EirGrid to properly engage with the people of the North East at the start of this project are a result of not having an open mind on this.

In my opinion EirGrid a State Body, has a duty to follow international best practice, to use the most up to date technologies available in the delivery of their projects and where possible to avoid the use of pylons to carry its infrastructure, which are undoubtedly a blight on our natural landscape.

I object to this proposal by EirGrid in its current form and I would ask that the following points are considered by An Bord Pleanala in your deliberations on the matter:

The real cost of potential planning delays & consequences for the power supply of the North East and Ireland has not been factored in to this project.  Indeed delays to projects in Europe are also common.

This project’s original date of completion was 2012.  It has already been significantly delayed.  Whereas the East West interconnector, which used UGC’s, was delivered on schedule, having completed the planning process in less than 10 months.

In my opinion the same DC UGC being used in the East West project should be used for this proposed project.  I do not believe that this option has not been fully investigated for this project.  There has been no clear, convincing argument why this cannot be done.

The PB Power Report, which is used by EirGrid to unfavorably claim that UGC is not cost effective, in my view is not credible.  I believe there are a lot of questions hanging over this report that needs to be independently assessed.

This BP Power report is used by EirGrid to claim that it is not cost effective to use UGC for this project.  I have reservations with the assumptions made in the report to costings especially as the use of outdated technology was used.  The most up to date cabling options were not used in their costings at the time

The TEPCO Report and the PB Power Report deal with this project as one 140km power line.  Their calculations and assumptions are based on this.  This is wrong.  The project is 3 separate lengths, the longest being 57 kms.  This unfairly skews the argument unfavourably towards the use of OHL’s as it is difficult to find a comparable completed project of similar length.  But there are comparable projects of similar length between 10 and 50 kms.

On costs; there is a need arising from this process for a greater scrutiny of the costs of pursuing this project through the use of UGC’s.  An analysis of the savings both in the time lag and in the cost of potential future legal proceedings by pursuing this project by way of OHL’s needs to be factored in to the total cost of the delivery of this project. This will close the difference in cost of OHL’s V UGC.

On reliability; EirGrid put forward the argument that the use of UGC’s is not an option for the North-South Interconnector due to technical and reliability matters.    I am of the view that EirGrid have not shown the proof that would discount the use of UGC’s for this project.  I would urge An Bord Pleanala to address this matter by seeking independent expert advice on this aspect of the project delivery.

EirGrid maintain that it is not possible to underground this project. The Minister for Communications, Energy and Natural Resources appointed an international expert commission to review the case for and cost of undergrounding the Meath-Tyrone 400 kV power line. On 21st February 2012 they presented to the Joint Committee on Communications, Natural Resources and Agriculture hearing in the Oireachtas.  At this hearing the international expert commission representative stated “If the option is to underground the connection along the whole or main part of the route with today’s technology, the best solution is a VSC HVDC solution combined with XLPE cable”.  In essence it was confirmed that the project, using technology available in 2012, could be pursued by UGC.

I would ask that An Bord Pleanala seek the opinion and views of those who authored this report.

I understand from EirGrid that if the project was to proceed by way of UGC’s that a convertor station would need to be constructed at each end of the line – therefore greatly adding to the cost of pursuing this option.  I would put forward that the convertor station currently positioned and operational at Woodlands in Co. Meath could be used for the southern end of the project, therefore significantly reducing the costs of undergrounding and making the project more affordable.

In conclusion as a public representative I object to this proposal as it stands as I believe that the alternative methods of power transmission by underground cables has not been fully investigated or considered.

I believe that with a project of this scale there is a duty to use the most up to date technology available to protect people, their health and their community.  Other countries have made great strides in putting new regulations in place for transmission of power.  Some countries are clearly pursuing the undergrounding of cables for new comparable projects, notably in Denmark.

I wish An Bord Pleanala the very best in their deliberations on this matter.