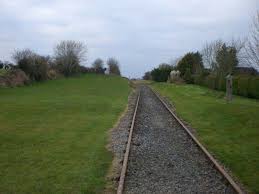 I welcome the news that Meath County Council has made a provision of €300,000 in its Capital Budget for the first stage of the Greenway from Navan to Kingscourt, as far as Wilkinstown in this stage.

Fine Gael Councillor in the Kells Electoral Area, Cllr. Eugene Cassidy has shown huge personal commitment to this project over a number of years, and played a key lobbying and networking role between Meath County Council, other local and national agencies, as well as local businesses and stakeholders/property owners. Today’s allocation of €300,000 for the first stage of the Navan to Kingscourt project is a good start and a vindication of the work undertaken over the past few years.

Walking and cycling are hugely important to our health, both physical and mental. They are also key growth activities in the tourism sector. This Greenway will significantly add to the exciting tourism offering of Meath, and help in the battle to ensure that Meath gets its fair share of the tourism market nationally which is expected to grow to €5 Billion and 250,000 jobs for the economy by 2020” the Minister said.

I am happy to play my role in Government lobbying the Department of Transport and Tourism to give its backing to this incredibly well advanced and researched project, which now has the benefit of considerable local funding also.