Speech by Minister of State for Housing and Planning – Damien English T.D. at the Property Industry Ireland Conference on Living and working in Ireland to 2040 – impacts on Irish Property Industry 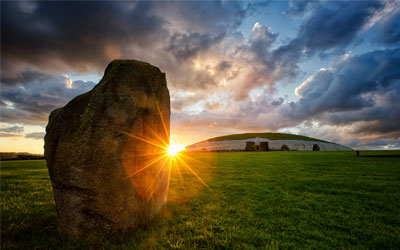 “Meath continues to be at the forefront of Innovation and
Entrepreneurship after 5,000 years.” That’s the view of local Minister
for Housing and Urban Renewal, and Fine Gael T.D. for Meath West
Damien English, speaking after comparing and analysing the jobs data
between the most recent 2016 Census, and the 2011 Census which took
place during Ireland’s recessionary period.

“In 2016 83,254 people in Meath had a job, this is 8,917 more people
than in 2011. Meath based companies who were supported by our State
agencies such as the IDA or Enterprise Ireland employed 8,732 people
in Meath in 2016. This figure is up 2,134 people on the 2011 figure,
or 32%. These jobs are particularly important as they represent jobs
within the County meaning less commuting. They represent native
entrepreneurial spirit and local relevant skills and are mostly export
orientated” stated Minister English.

“Companies supported by our Local Employment Office as part of Meath
County Council employed 927 people in 2016.  This figure was up 86 on
the 2015 figures, a rise of 10%.  On the unemployment front 10,533
Meath people were unemployed in 2016, down 5,769 on the 2011 figure,
or 35%.  Clearly the National and Regional Action Plan for Jobs are
working, in tandem with Meath County Council’s Economic Development
Plan and the work of Meath LEO and Meath Enterprise, but we need to
constantly renew and refine our efforts until every one wants a job
has one, and that job is as local as possible. In this regard I will
continue to back plans for the Boyne Valley Food and Innovation Hub
and the Meath Digital Hub for our County” stated Minister English.

“This  month the unemployment rate fell nationally again to 6.1%, its
lowest rate in 9 years.  These new jobs both locally and nationally
represent dignity and opportunity for people old and young.  New jobs
allows people to fulfil their dreams and their potential, we want to
continue creating that opportunity for everyone who wants it”
concluded Minister English.

Minister for Housing and Urban Development

Firstly, I would like to thank Deputy Stanley for bringing forward this Wind Turbine Regulation Bill which is timely from a number of perspectives. I have no doubt that the Bill is well intentioned and aims to regulate wind energy development by addressing a number of key issues. So I welcome the opportunity provided by the Deputy’s Bill to discuss the current state of play in relation to the development of the wind energy sector which is an important issue for this Government.

At the outset of this debate, it is necessary to set out the wider context of this issue. The development of renewable energy, including wind energy, is at the centre of this Government’s energy policy. The availability of indigenous, sustainable power is a valuable national asset which is vital for achieving energy security and reducing fossil fuel imports, as well as for achieving challenging EU emissions reduction and renewable energy targets.

A hallmark of our energy policy approach to date has been to encourage green energy investment. Maintaining a favourable investment climate for the renewable energy sector and sustaining regulatory stability in Ireland has been critical in facilitating the build out of renewable energy infrastructure to this point.

Given Ireland’s heavy over-reliance on imported fossil fuels, the development of indigenous onshore wind, which in June 2017 accounted for over 2,800 MegaWatts (MW) connected to the grid, is making a positive contribution to our energy security and avoiding approximately 2.5 million tonnes of CO2 emissions annually.

The development of the wind sector in Ireland is subject to the planning code in the same manner as other forms of development. Local authority development plans are required to achieve a balance in harnessing the wind energy resources of the planning authority’s area in a manner that is consistent with national policy objectives and proper planning and sustainable development.

In this connection, planning authorities are required to have regard to my Department’s Wind Energy Development Guidelines 2006 which contain advice to assist planning authorities in drawing up their local development plans and making determinations on wind farm planning applications. In effect, this guidance is aimed at ensuring a consistency of approach throughout the country in the identification – in local development plans – of suitable locations for wind energy development as well as in the treatment of planning applications for such developments, while also having regard to relevant national Government policy, including energy policy.

As you will be aware, a targeted review of the 2006 Guidelines has been underway since 2013. As set out in the Programme for Partnership Government, this Government is committed to concluding the review of the Guidelines as speedily as possible with a view to offering a better balance between the concerns of local communities and the need to invest in indigenous energy projects, informed by the public consultation process and best international practice.

Since reaching agreement on the Programme for a Partnership Government in May 2016, there has been close engagement on the review of the Guidelines at both Ministerial and official level between my Department and the Department of Communications, Climate Action and the Environment, given its responsibility for renewable energy policy.

On foot of this engagement, in June this year the then Minister for Housing, Planning, Community and Local Government and the Minister for Communications, Climate Action and the Environment announced a key milestone in the review of the Guidelines by announcing details of a proposed ‘preferred draft approach’ to key aspects of the review, which will now be subject to a strategic environmental assessment before the guidelines are finalised and adopted.

This ‘preferred draft approach’ was outlined to provide an update to the general public, industry stakeholders and planning authorities on progress being made on the review. It sets out proposals to deal with aspects of the Guidelines relating to noise, setback distance and shadow flicker, community engagement and benefit, and also policy on grid connections from wind farms to the electricity transmission and distribution system.

Turning to the specifics of the Deputy’s Bill which is the subject of this evening’s debate, I would now like to outline how the Government is addressing some of its key provisions.

Firstly, turning to section 2 of the Bill which provides limits on the export of power generated from wind turbines, the Government’s current policy in relation to the export of electricity is set out in the 2012 Renewable Energy Strategy which, in accordance with European law, supports the export of renewable energy to other EU Member States. However, it is a precondition that any such export would bring clear and significant benefit to the Irish economy, at no net cost to the Irish consumer.

This policy is currently being reviewed in the context of the Draft Renewable Electricity Policy and Development Framework, currently being developed by my colleague Minister Naughten and his Department, which will update policy in relation to potential future energy exports. The setting out of national policy on this matter – in Government Strategies or Policy Frameworks – is a more appropriate approach than providing for it in primary legislation as proposed by Deputy Stanley.

In addition, the provisions in section 2 of the Bill could result in significant operational and market design implications for Eirgrid, in the management of energy flows on the East-West Interconnector and potentially for future interconnectors.

Section 3 of the Deputy’s Bill relates to the location of turbines, providing that all locations for proposed wind turbines must be designated in County Development Plans, be consistent with the development plan and be designated with the approval of the elected members.

This is already largely the case but the key point that is missing here is that local development plans must also have regard to national policy, including energy policy, as well as section 28 guidance issued by the Minister to local authorities on the drawing up of development plans.

Section 3 is particularly problematic in that it proposes that local authorities could effectively act independently and set their own local wind energy development policy in their development plans without having regard to national policy or guidance. This would be a retrograde step which would militate against the achievement of national policy objectives and accordingly the Government strongly opposes this Section.

I would now like to address sections 4, 5 and 6 of the Bill in relation to public consultation, noise limits, shadow flicker and wind farm set back distances. In this context, it should be noted that the recently announced “preferred draft approach” addresses these issues by proposing the following:

In this connection, a wide range of community, spatial planning, energy policy, environmental, technological and industry considerations need to be appropriately balanced. The proposed “preferred draft approach” is aimed at achieving this broad balance which would not be possible under the provisions of Deputy Stanley’s Bill.

In addition to the concerns that I expressed in relation to section 3 of the Bill, I must also oppose the setback distance provisions in section 6, which proposes that turbines with a height of greater than 25 metres shall be located not less than a distance of ten times the height of the turbine away from any dwelling. This provision would significantly reduce the amount of land available throughout the country for wind farm development, thereby stymying the industry and minimising the possibilities for achieving our renewable energy targets, while simultaneously exposing the State to substantial EU fines.

Under the ‘preferred draft approach’, it is proposed to oblige developers of wind farm projects to engage in active consultation and dialogue with the local community at an early stage in the process, prior to submitting a planning application. It is further proposed that planning applications shall contain a Community Report prepared by the applicant outlining how the final proposal has been modified to take account of the community consultations undertaken.

In addition, the new Renewable Electricity Support Scheme, for which a consultation was launched on 4 September 2017, has community participation and ownership designed into its fabric. The consultation sets out a number of policy options to support both community-led projects and developer-led projects with material community involvement and benefit.

In particular, the Consultation is examining how to facilitate the development of community-led renewable electricity projects by providing initial funding, technical and legal advice to communities seeking to develop renewable projects. Furthermore, multiple support mechanisms including financial supports, infrastructural supports including facilitating access to the grid for community-led projects and technical support for communities as their projects progress through to commissioning are also being assessed.

Larger scale developer-led renewable electricity projects will have to meet certain criteria in terms of offering investment opportunities to local communities. The ownership policy option is not limited to offering an equity stake however and the proposals put forward are aimed at maximising citizen and community participation.

The Consultation also proposes a formalised community benefit payments register which will provide financial benefits to the entire community, including those unable to participate in the ownership proposals.

As each project and each community will be different, I don’t think it is appropriate to provide for co-ownership of wind farms by local communities in the quite prescriptive manner as proposed by Deputy Stanley in section 11 and that instead, this issue can be better addressed in the manner proposed in the ‘preferred draft approach’ and in the draft Renewable Electricity Support Scheme.

Those are some of my initial comments on the Bill and I will elaborate further after listening to the comments of Deputies.